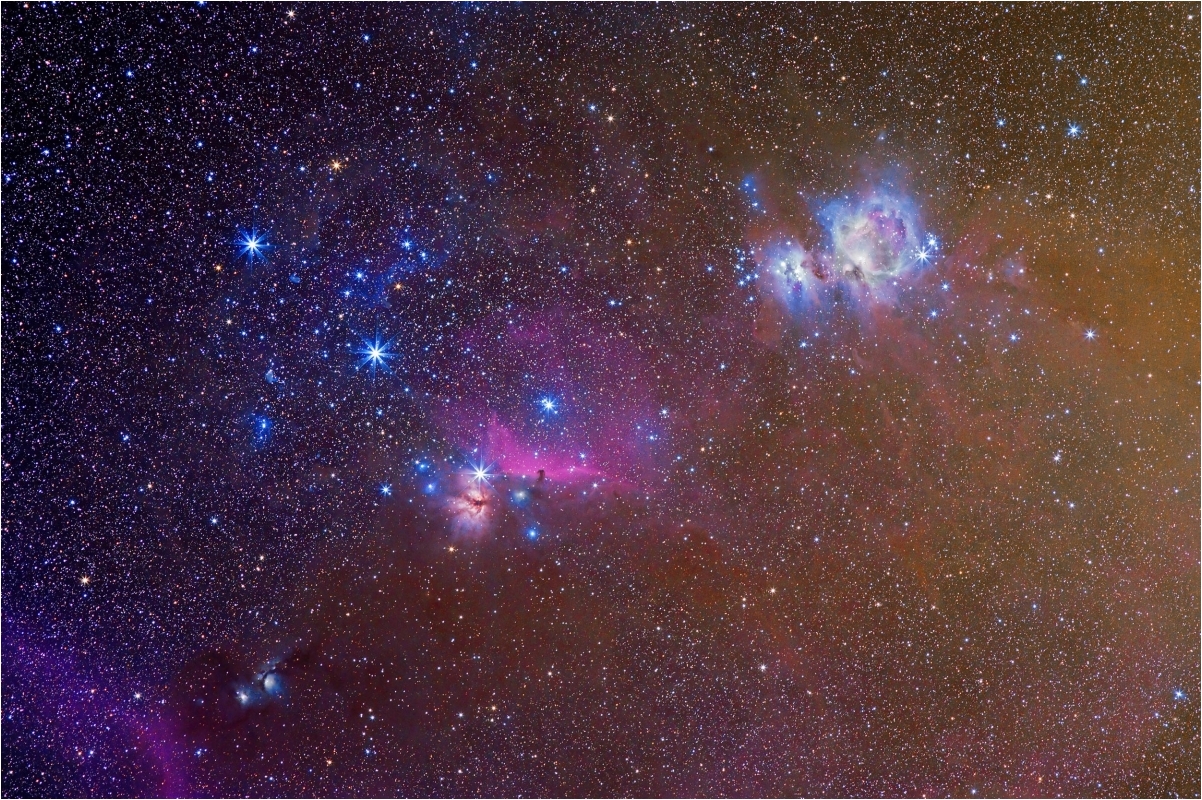 This is part of the Orion Molecular Cloud. This is the closest star forming region to our own solar system. It is a massive cloud of hydrogen and other elements that is currently forming stars, a stellar nursery. Most of the star formation is shrouded behind the dust, but in a few areas the stellar nurseries have busted through the molecular cloud and the outflow from the larger stars has pushed the dust away revealing massive areas of active gas and creating beautiful nebulae.

This region of the sky is easily made out with the unaided eye. The three bright stars are the three stars in the belt of Orion. Your eye, being so small, can’t make out the sort of detail that a 5 minute exposure with a digital camera can. An unsuspecting area of bright stars is actually a massive star forming region of our night sky.

To the top right is the Great Orion Nebula. This is a massive star forming region that looks fantastic through a telescope.

Towards the center near the star Alnitak, is the famous Horse Head Nebula. This is yet another large star forming region which is part of the larger molecular structure.

Down towards the bottom left is M78. This is a reflection nebula from a star that formed in the area. The light from the star is refracting through the gasses of the cloud and appears blue.

There are also many smaller reflection nebulae near the belt region. All in all a fantastic active area of our night sky.