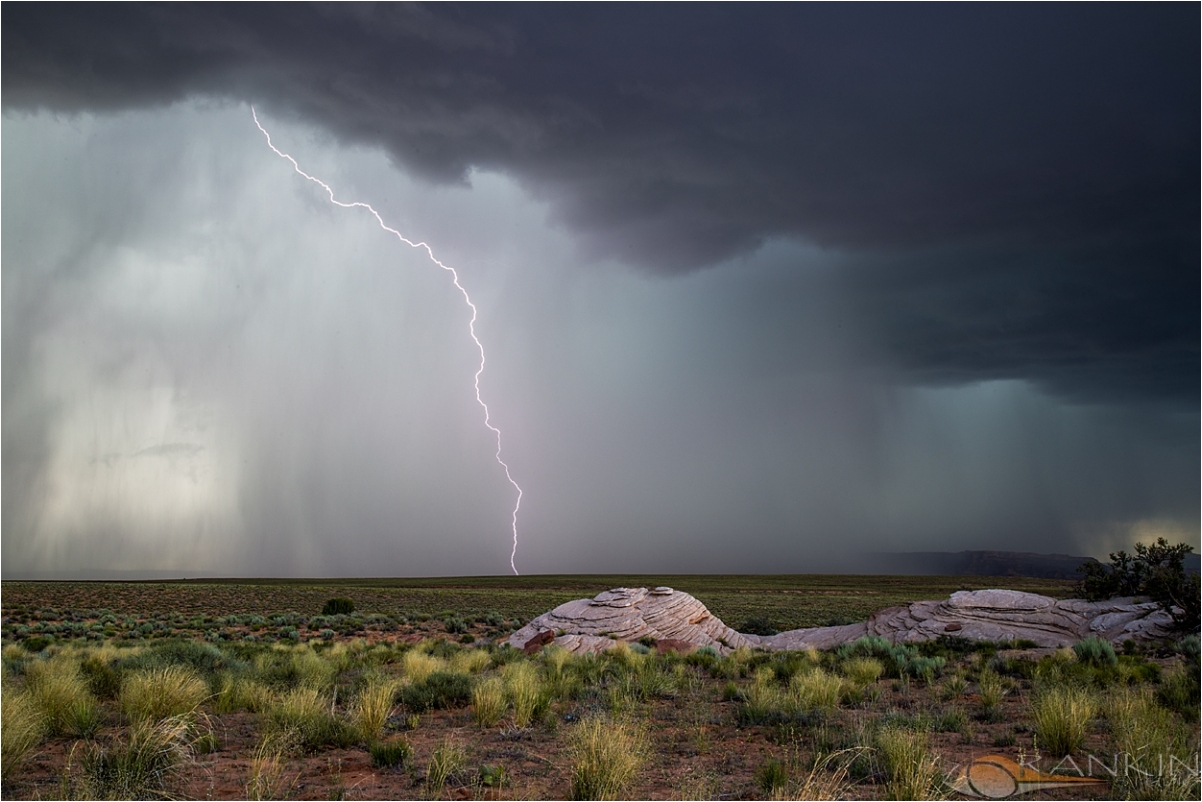 A rare setup in the Pacific dealing with El Nino and a low pressure system has pumped moisture up into the southwest. I had been out chasing storms for most of the day on June 5th and assumed things had started to quiet down for the evening. I tracked this storm down and watched it go from a light rain shower to a massive monsoon-like squall in about 30 minutes. The bottom of the storm fell from the sky as if some invisible barrier holding it up had given way. Billions of gallons of water dropped within an hour sending a massive flood down a local creek and putting on a spectacular light show in the process.