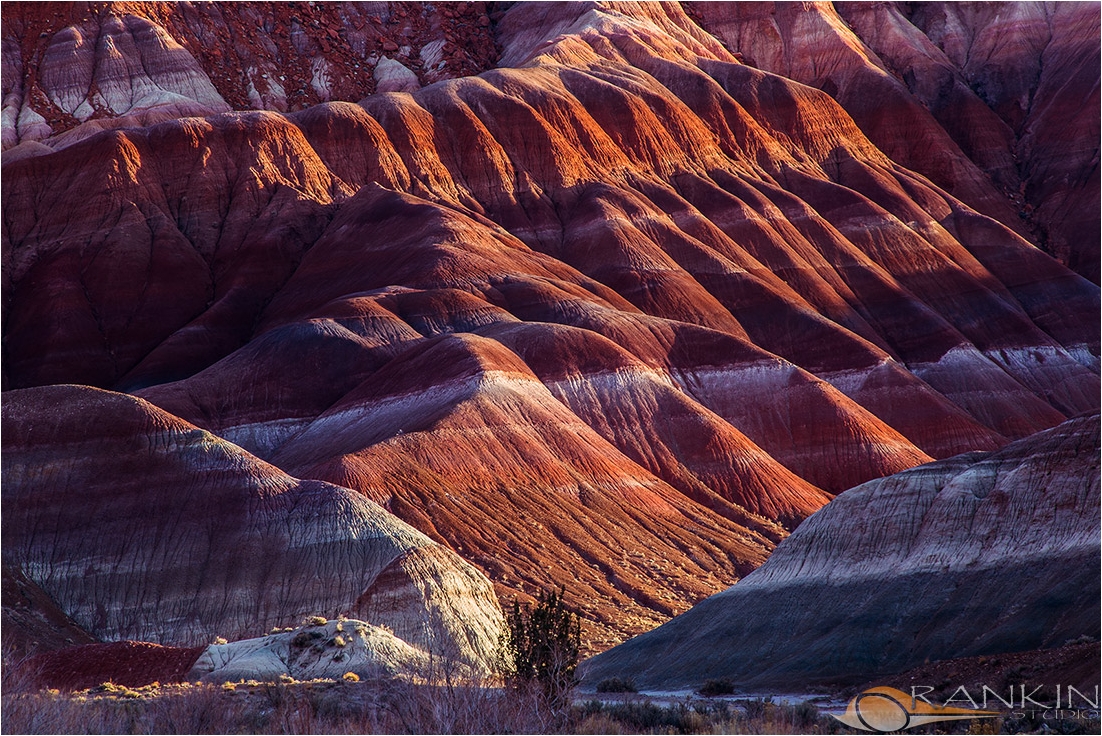 The brightly colored Petrified Forest Member of the Chinle Formation puts on a fantastic display. This shot was taken on the west side of the cockscomb near the old Paria Townsite in the Grand Staircase Escalante National Monument. The Chinle Formation is exposed all around the Colorado Plateau and is home Petrified Forest National Park. It was deposited during the late Triassic period and is about 220,000,000 years old. Dinosaurs had just gotten their start geologically speaking and they were relatively small compared to the massive beasts that would evolve over the next 150 million years. There were also many large amphibians and reptiles living along side these early dinosaurs. You can read more on the flora and fauna of the Triassic here: http://www.t-rat.com/Pages/TriassicDinoNAz.html