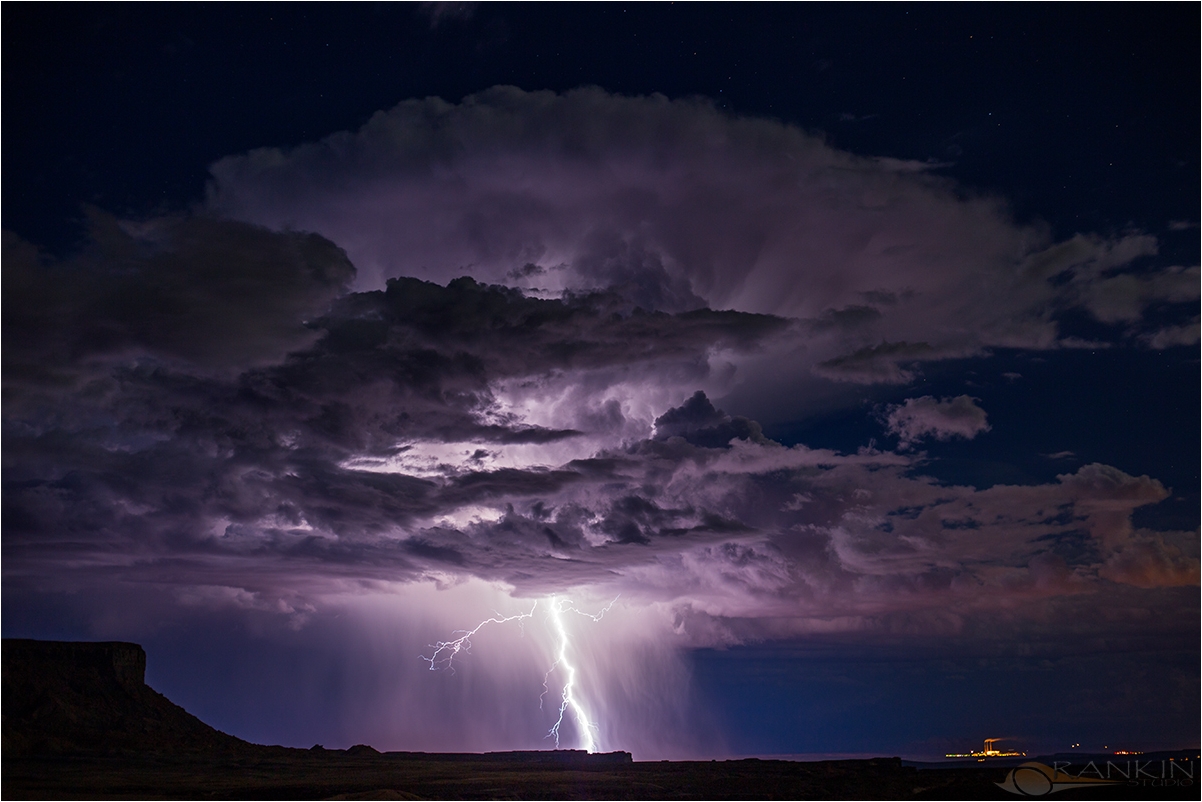 After a long and very active monsoon season, the last summer storms blew by heading off to the east and zapping the ground as they wound down with the day’s heat dissipating. I was able to capture this shot under the light of a bright moon which nicely lit up the top part of the storm as a very powerful bolt lit up the rest. This was shot in Southern Utah close to Lake Powell. The plant in the background is the Navajo Generating Station – a coal fired eye sore that looks rather neat at night. Stars are also visible in the shot. A great composition that I was happy to have featured as an EPOD on October 14ht, 2013. I shot this picture using the new NeroTrigger from NeroTrigger.com. I am very satisfied with this trigger and how well it performs. It has 6 built in functions including sound, lightning, time lapse, HDR, laser, and DIY.